I'm not suggesting you do anything...

I'm glad I live in the USA, where I'm protected from stuff like this! [/sarcasm]

Labels: fear for the future, fucked

New U2 songs leaked by... Bono? (subtitled: turn your stereo down asshat!) 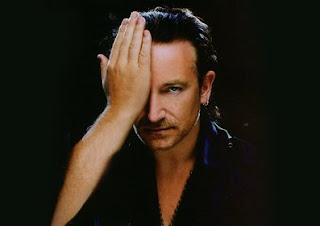 TorrentFreak has a great story about some leaked U2 songs from their next album that got leaked because Bono played his stereo too loud!

Some mooks recognized his voice blaring from his villa and quickly recorded the new songs. I'm sure the quality sucks but rabid fans won't care.

Nobody likes paying income tax, you just do so the wheels of society keep turning. I know that if I could skip a couple of years or so it would really help out my ledger.

But if I actually skipped paying income tax for a year the GOVT would have IRS agents knocking on my door asking "WTF?" Then I'd be hauled off to the hoosegow!

But what if you're not really a person, can you get away with it?

Study says most corporations pay no U.S. income taxes | U.S. | Reuters: "Most U.S. and foreign corporations doing business in the United States avoid paying any federal income taxes, despite trillions of dollars worth of sales, a government study released on Tuesday said."

Now I know that corporations aren't people, but legally they are. I think that the heads of these corps should be hauled off to the hoosegow and forced to serve time.

Labels: fear for the future, WTF?

Holy crap! You can see the shockwave! Holy crap!

One of the things I learned from "Mad Max"...

The one thing I took from the "Mad Max" movies is that the deathlands we'll live in after the fall of society will be populated by dirty, smelly, sweaty, dangerous people.

So in an effort to make myself a little more valuable to the powers that be in the post-apocolyptic wasteland and to make those powers smell better, I have taken it upon myself to learn how to make soap.

Teach Soap seems to have the most information for the novice soap maker. It may be too light hearted for a soap maker of the apocalypse.

Free Recipes for making soap from scratch has everything you'd want to buy to make your own soap, but the website looks "crafty". Meh.

How To Make Soap is exactly what I was looking for. Actual instruction on how to make soap from fucking scratch.

WTF is it about power that makes otherwise intelligent men think they can get away with fucking around on their wives?

I like web 2.0 sorta things but I hate doing them through the web.

Kinda weird I know, but there it is.

But I need another guitar...

Actually, I could use another guitar. My Squier Telecaster isn't holding up very well when I have to use it as a backup. My Epiphone Goldtop really has some meat to it because of the P90 pickups and the Squier just can't measure up.

The SX SJM-57 PBU is a sucky name for what appears to be a good guitar.

It comes in a couple of different models and colors so I might end up getting a red one.

Here's a vid of Nick Curran from the T-Birds playing one.

Who puts the ASS into NASA?